The District of La Fortuna, Costa Rica is located northwest of San Jose, in the Alajuela Province. It is a lush area, with areas heavily shrouded by massive trees and dense jungle. One of the main draws of the area is not only the active volcano, but the plentitude of outdoor activities and incredible amount of nature and wildlife. I love the area. But I could say that about any part of Costa Rica, as it happens to be one of my favorite countries. I have yet to explore some of the southern regions, but am hoping to get there soon. 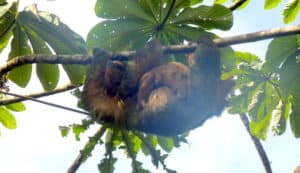 Costa Rica  has so many attributes that have made it one of my favorite, must-see countries. I love that Costa Rica has protected nearly a quarter of its area for wildlife. The biodiversity is abundant. Almost everywhere you go, you will see a new creature roaming around. We saw howler monkeys above us as we walked through our hotel grounds, lazy iguanas soaking up sun on the sides of roads, sloths dangling from branches, toucans grabbing an early breakfast, caimans resting on river banks, and tiny tree frogs hidden on branches. We all loved the animal discovery and the kids loved the adventure in the La Fortuna region, especially the Arenal Zipline. 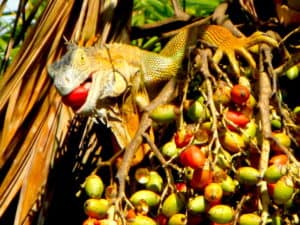 We took a boat tour around the lake, seeing the Arenal volcano and wildlife that reside in the area. The wildlife was plentiful, a bird lovers dream actually. We saw plenty of herons, honeycreepers, and motmots. The lake had great flora and founa diversity. Fishing boats dotted the lake. Avid fishers can even do fishing tours of the lake The many tour outfitters in the area can also put together fishing expeditions. Unfortunately, after about 15 minutes into our boat tour, the kids started getting a bit bored and goofing off. So our focus went from learning about the wildlife and the area to trying to keep our kids in check.

While there’s plenty to see, at around 45 minutes long, it might be a bit slow for young kids–they are sitting the entire time. This is not a very interactive tour. Unless you have kids that can sit still for 45 minutes, I would not necessarily recommend it for families with young children. This is a great tour for older couples or families with older kids.

Our trip continued to the Arenal Volcano area where we went zip lining. The zip lining was with Sky TrekArenal. They have 7 lines: the highest is 656 feet and the longest is 2493 feet through the canopies of the trees, starting at the top of a mountain. Upon arrival, we were all fitted in harnesses. Unfortunately our youngest was too short to join, so he hung out with my mom who didn’t want to go anyway. The two of them did a tram walk instead through the dense forest. Kids must be 5 years or older. Kids 5-10 (depending on weight) will most likely ride in tandem with a guide, or with each other. 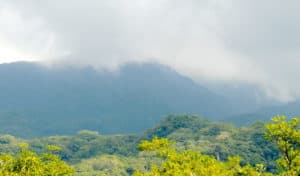 We took a gondola up to the top of the mountain in Arenal and promptly took pictures as the view was amazing. A practice run taught safety maneuvers and hand signs meaning stop and help. My father decided he was done at this point and bowed out of the adventure.  We were at the top of a mountain in the tree canopy and right as we started our run, a rain cloud came in.

The rain pelted us as we sped up on the zip line; it felt like little rocks hitting us non-stop in the face. However, we didn’t  mind the rain as the height and views of the jungle below were worth it—scary, but worth it. Each line was different length with a different view of the valley below. Eventually, we left the cloud and the last couple of lines were exhilarating, long and the scenery was green and dense. We did spot some howler monkeys in the trees.

The staff was great and accompanied our kids, fearing that their weight would not carry them all the way to the end of the line. It’s about 2.5 hour tour and really worth the adventure.  Half way through there’s a juice bar on one of the platforms.

We booked a river safari tour with Rio Safari Tours. This tour differs from  whitewater rafting, as it is a leisurely trip down a tranquil river with guides pointing out the wildlife and different flora and fauna. We were put on rafts of different sizes and the kids went on their own kids raft with a guide. The kids’raft was a “wet”raft , which we eventually figured out later on why it was called a wet raft. Later in the tour, the kids were given buckets and had a massive water fight. We departed in the morning down the Rio Penas Blancas. 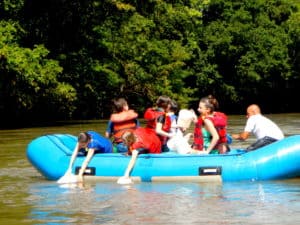 We were given paddles and instructions, and started our journey down river. The guides pointed out the wildlife along the way. There were howler monkeys, sloths, toucans, caimans, herons, plus an array of plant life. Midway through the tour, we stopped off at farm on the riverbanks. We were given a snack and learned about Costa Ricans’ farming methods and way of life. Upon returning to the boats, the kids started a water fight with a couple kids falling right into the river. They loved it. It was an educational yet adventurous way to learn about and see a lot of the flora and fauna, and wildlife in Costa Rica. We also discovered more waterways and wildlife of Costa Rica while visiting Tortuguero National Park on the Caribbean Coast of Costa Rica. 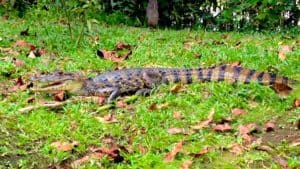 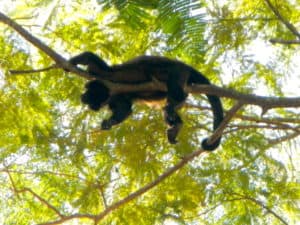 We arrived at a pineapple farm and were all put on an open-air trolley pulled by a tractor. We had a guide pointing out the pineapples, their growth cycles, where they are shipped to, and how to pick the best pineapple. Throughout the tried, our tour guide plucked fresh pineapples, cut them, and handed them out to the visitors on the trolley. They were probably the sweetest pineapples we have ever tasted. Not only that, but the guide for this tour was amazingly funny and kept us engaged and laughing. He also gave the kids pineapple “lollipops” during the tour. 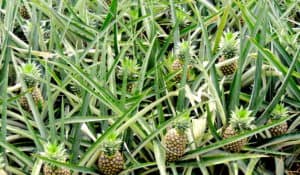 It was nice to again show that kids where food actually comes from.  They were surprised to see the pineapples growing up from the ground, and not from trees. I was a bit worried the tour would be a bit long like the lake tour but, thankfully, the guide made it engaging. We completed in pineapple trivia. If anything, the tour is worth it for the freshness of the pineapples. They are so sweet and juicy, not like anything you can get in the supermarkets in the States. After the tour, you do get a chance to eat more pineapples and have a drink. Although they do not have a website, they do have a Facebook page where you can send a message to set up a tour @goldenpinappletour. 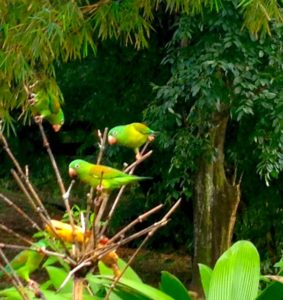 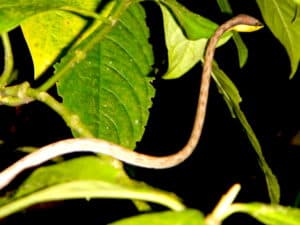 We arrived at the Tilajair Hotel for a couple of nights while exploring the area. Our rooms overlooked a river where there were caimans resting on its banks. The hotel also has a butterfly garden and botanical garden as well as mango and star fruit trees all over the property. They will also help set up tours for visitors, but keep in mind it will most likely not be private, but group tours with other visitors.

PIN IT FOR LATER: 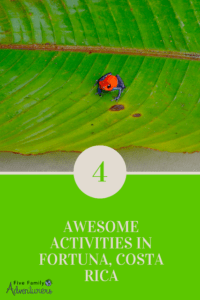 One Day In San Antonio, Texas; 6 Must-Do Things
Next Post: Seven Ways To Cure Wanderlust When Not Traveling